Sjogren’s Syndrome Can Increase the Risk of a Heart Attack

Young people, even the healthiest ones, have heart attacks. However, the reason can be hard to understand.

The Daily Beast published a recent story about a heart attack victim a 37-year-old woman who was living a healthy and robust lifestyle. Then suddenly, she had a heart attack. 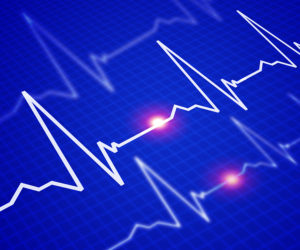 In her case it turned out that she had what the story called “a near-fatal marriage of a blood clot–which doctors think was caused by her birth control and Sjogren’s syndrome, an immune disorder that can increase the risk of heart attack.”

That statement was based on a 2014 study that showed a “significantly increased risk of heart attack (and a trend toward an increased risk for stroke) in patients with Sjogren’s syndrome, particularly in the first year following the diagnosis.”

Regular readers of this blog are familiar with Sjogren’s because dry mouth is often associated with it. As a means of a review, Sjogren’s is an autoimmune disease in which the body’s immune system attacks glands that secrete fluid, including the salivary glands. The inflammation in the glands reduces fluid and causes dry mouth and other side effects.