Anyone who has experienced dry mouth understands the issues around the difficulties in swallowing. Called dysphagia, difficulty in swallowing is most often an age-related condition, “affecting one in five older adults, and up to 40 per cent in institutionalized settings such as nursing homes,” according to a recent article in Straits Times, a newspaper based in Singapore.

Dysphagia is a even more serious problem among those with dementia, the report notes. More than 80 percent of people with dementia suffer from some sort of eating disorder including dysphagia. 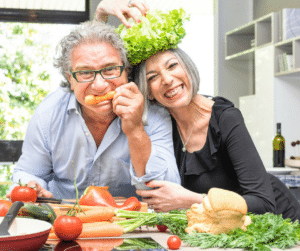 One of the most serious issues linked to dysphagia is aspirating, a dangerous problem that is commonly referred to as food or liquids going down the “wrong pipe.” As the article notes, aspirating “can be deadly” and lead to pneumonia or respiratory failure if enough food, bacteria and destructive enzymes that were meant for the stomach go down the wrong pipe and wind up in the lungs.

Treatments for dysphagia include liquefying foods into concoctions containing some important nutritious elements but it is often an unpleasant experience. The story recounts the experience of a group of UC San Francisco physicians who tried to subsist on thickened liquids for 12 hours and all suggested it was disgusting, often leading to thirst and dry mouth in the process.

There will be more to come on swallowing in the next Dry Mouth Blog post. For the complete story from Straits Times, click on the following link: http://www.straitstimes.com/singapore/health/difficulty-swallowing-can-be-a-serious-health-risk

One Thought on “Dysphagia, or Difficulty Swallowing, More Common with Age”